News brief from our Tour through Ireland, Scotland, England and Wales! 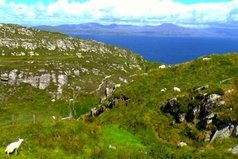 Ireland and the UK were the MOST REQUESTED DESTINATIONS on two of our "Where to go next" surveys to all Bike-O-Vision customers, so the majority won!  These videos will be released as raw footage is edited into its final form (red links below are those just released).

The Sheep’s Head Peninsula, Ireland will be the first one out of the gate, so to speak.  Ireland’s far southwestern corner was amazing!  This long, narrow extension of West County Cork was quite a surprise.  The way around the peninsula is almost constantly twisting, turning, climbing and coasting along some of the narrowest roads possible, making for some “magically delicious” Bike-O-fodder.

The Ring of Kerry & Dingle, Ireland were both spectacular in their own right, despite the apprehension of the amount of tourists there.  Yes, there were lots of people but as usual they seem to congregate and congeal in the larger towns.  Killarney and Dingle towns were especially crowded, as the tour buses take their groups there.  In this regard, June was a good time to go.  Besides we spend most of our time out in the field, literally.  One highlight of this leg was a small Celtic history museum with a huge, astoundingly intact Mammoth skull.  And the scenery around both peninsulas was simply awesome, after all. 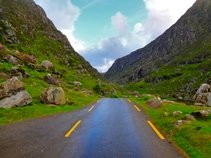 This area’s “end of the rainbow” occurred at Dunloe Gap, a sharply-graded canyon with streams and lakelets down the middle.  We LITERALLY FOLLOWED A RAINBOW to get there and were rewarded richly as it was gilded with sunset hues.  In the videos, many instances of this section could be framed as paintings in a museum, such was the landscape as captured in that particular light, modestly speaking of course. 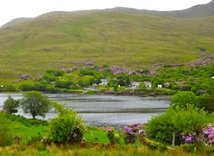 Connemara is the wild area just north and west of Galway, Ireland’s 3rd largest city.  Its remarkably unsettled, enchanting mix of misty, rugged coastline, exposed-bedrock, bogs, hidden lakes and untamed highlands.  The Quiet Man a John Ford movie starring John Wayne, was filmed in Cong, one of the small villages here.  We found the boggy areas with so many ponds, streams and coastal inlets pleasingly reminiscent of the Chesapeake Bay.  We were surprised when a family of swans stopped all road traffic, hissing and guarding their young as they migrated between ponds.  Farther north of here, the profundity of wild rhododendrons in peak bloom was something to see as they covered the hillsides and hung over streams like something straight out of a storybook, especially near Kylemore Abby and along the fjord on the way to Leenane. 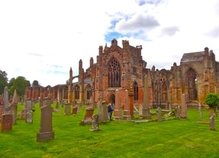 Northern Ireland rained us out almost completely, with the notable exception of a loop of semi-sunny coastline north of Sligo town and a short-but-sweet trip through the Dark Hedges in Antrim.

For us on this trip the people of Ireland really impressed us with their hospitality and willingness to help.  And the food was evidently delicious, with ever-so-abundant portions, that we may have gained at least a few pounds.  The music (and even dancing!) was a classic Irish experience, not a bad place we had to go for work. 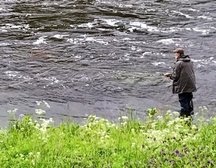 We ferried over to Scotland, which proved to be a tremendously gorgeous country from start to finish.  The trip to Glasgow had us shooting far more than originally planned.  At one point we thought we were just shooting a pretty town on the coast when we had stumbled upon a Trump golf resort.  Then we wound up at a pretty castle rather by accident, which is always nice.  The rest of Scotland seemed to go like this, despite some dreary weather.  The glacially-carved wonderland known as Glen Coe was spectacular, as was the shoot in a light rain to wildly scenic Ben Nevis (the UK’s highest mountain).

The borderlands south of Edinburgh is world-renowned for its fly fishing of salmon and trout.  We didn’t go fishing.  Instead we whiled away the day looking through some of the Tweed Valley’s pretty towns like Kelso and Selkirk and postcard-perfect countryside, highlighted by the eerie ruins of Dryburgh and other Abbeys.

A side note is that the variety of the hotels available these days is remarkable thanks to searching the internet.  One night we stayed in a renovated 19th-century “hydro” or spa, the next night a Scottish fishing lodge, the next a traditional English Inn with tavern downstairs.

The Yorkshire Dales are a very special place featuring bucolic perfection, harkening to agrarian days of yore but now spruced up in the charming stone-built villages.  The roads are narrow and the hedges and rock walls were tall in parts but plenty of views prevailed, plus:  SHEEP!  Did you ever think there were so many sheep on earth? 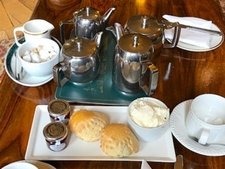 York, (the original ‘old York’), was not all that impressive so we moved on to greener pastures (did I really just write that?).  There was altogether much to be seen and filmed in the surrounding countryside.

For our brief time in Northern England, Chester in Cheshire was clotted cream on a scone and its appealing mix of architecture from many periods including its Black-And-White Revival buildings.  Lovely! 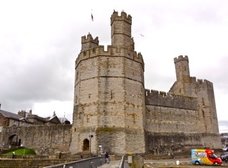 Lastly, North Wales completed our grand circular tour with a strong finish.  The castles (we saw only three) were some of the most intact that we’ve seen in Europe.  Conwy Castle was particularly massive and ominous, almost like a self-contained city, as many of you will see in the upcoming videos.  Again the skies were not blue but you don’t go to the UK for the weather.

During our shoot through Snowdonia National Park, we were shocked by thunderous sonic booms as the Royal Air Force was flying training exercises overhead.  I couldn’t help but think that their panoramic views must have been unbelievable from up there as they swooped down through the cloud canopy.  The mountains in Snowdonia are really not that high but they do rise majestically from the valleys and are really worth seeing.  Wales is famous for its wealth of slate and you see it used everywhere, which contributes to the charm of the area for sure. 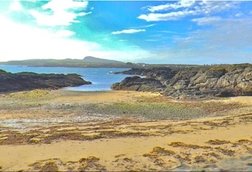 After our stay in Llandudno and filming around the Great Orme we ventured through the island of Anglesey and found the adjacent island of Holyhead very ideal.  We managed to stay right in the heart of the most beautiful bay, Trearddur, making our videography was convenient and fruitful.  The area reminded us of Bar Harbor Maine or Carmel, California with its many tidal pools and pocket beaches- very stunning location indeed.  The people there and actually throughout England and Scotland (and again, Ireland) were endearing and so accommodating, we can’t say enough good about our anglo cousins.

SEE WHAT WE HAVE SO FAR IN EUROPE AND THE BRITISH ISLES! 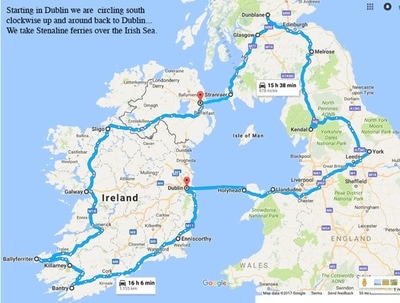 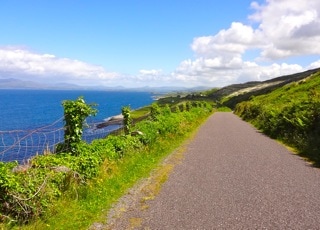 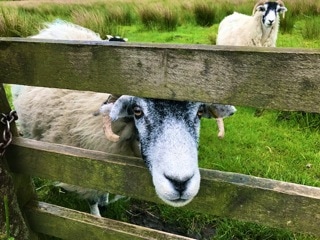 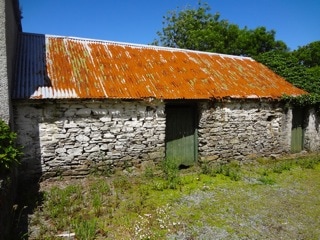 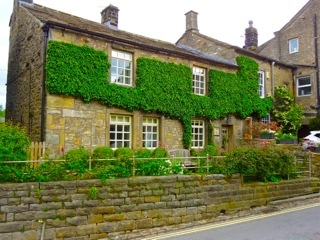 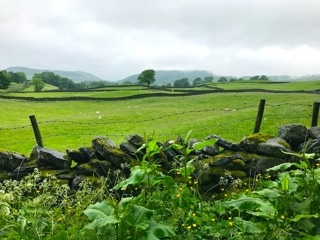 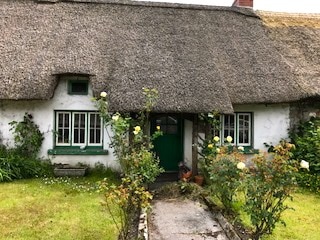 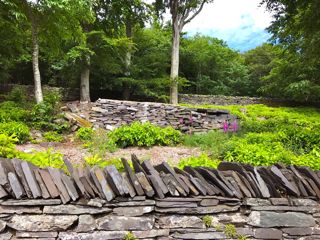 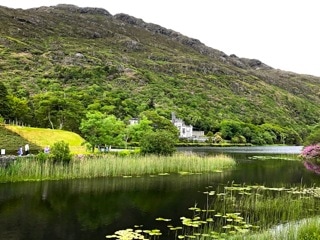 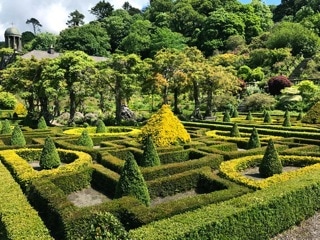 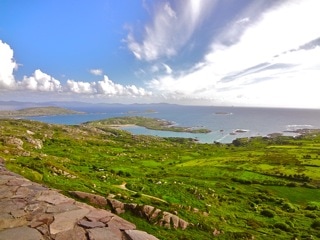 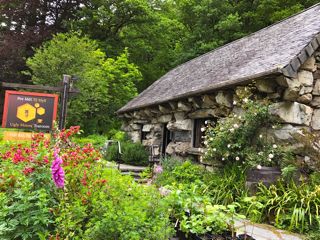